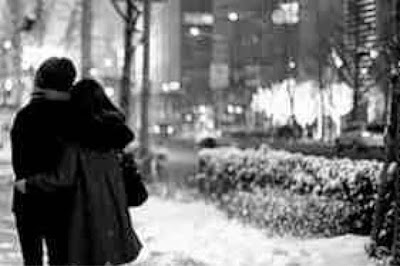 It had been a while since he last talked to her. She lost all hope, but then he called at the most unexpected time.

Then…
He asked her, “Do you still love me?” She cried silently. Big, fat tears fell from her big brown eyes. And all she could muster to say was, “God knows,” instead of a straightforward ‘Yes’ because she was frightened that he still won’t do anything to keep her if she did.
He misses her. It was evident. But to leave her and keep her at bay was not the way she thought things would end. But it did. They separated, after living as man and wife, they decided to part ways. And so, even though they are still irrevocably in love, both tried to conceal it a little, though it was hard.
Whatever may become of them, they left it for the universe and all the gods to decide for them. Time will tell, they’d tell one another, but their hearts, oh their hearts were screaming each other’s name; it ached and long for the other every single day. They wept everyday as if they were mourning from each other’s absence.
Despite of this though, they did their best to be civil and remained in contact. Both secretly hoping that the other would remain faithful and in love when he returns.
The night ended. But their strong affection did not.